COVID-19 Update - We are Still Open and Shipping Orders

KA-BAR is the designer and maker of the iconic USMC leather handled multipurpose knife. Originally made famous during World War II the “KA-BAR” was also adopted by the US Army, US Navy, US Coast Guard and Underwater Demolition Teams. Although the “KA-BAR” is no longer the officially issued knife, with its outstanding reputation many KA-BAR knives were unofficially reactivated in the Korean, Vietnam, Desert Storm, and Iraqi Freedom conflicts.

Today, the original USMC Fighting and Utility Knife remains the first choice for many men and women of service who carry it as their personal knife option. It is also a favorite of adventurers, survivalists, outdoor sportsmen and, of course, knife collectors who know that this knife deserves a place in their collection.

Stapleton’s Great Adventure Company has been a proud authorized dealer of KA-BAR since 2002 and continues to carry their full line up of high quality knives including the original USMC Fighting/Utility Knife.

View as Grid List
Sort by
Display per page

$119.20
For all those who camp, hunt or spend time afield. The Campanion works just as happily splitting out kindling as it does prying apart joints and skinning game, not to mention chopping onions for the campfire chili! Sold with a hard plastic Glass-Filled Nylon sheath.

$148.03
The Becker Tac Tool smashes, bashes, prys, hammers and cuts. It is equally powerful at lifting stubborn hinge pins, prying open doors or windows, and hammering out glass as it is efficient at cutting 550 cord. Sold with a hard plastic Glass-Filled Nylon sheath. 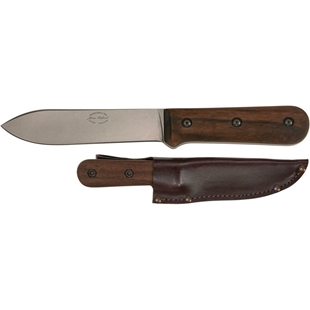 $142.10
A synthesis of Becker's trademark ergonomic handle design and a traditionally profiled Bowie style blade, the Combat Bowie has proven to perform well during extended periods of use with less user fatigue than most other knives in its class.